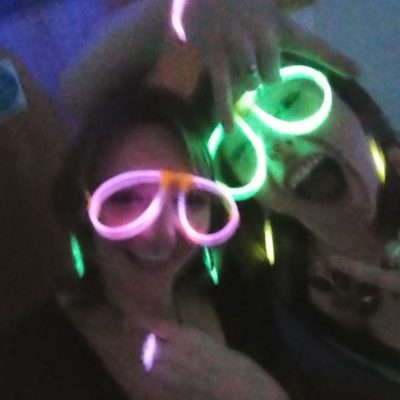 Imagine all the things you hate about yourself, all the things you are insecure about; your appearance, your work, your voice; all your most vulnerable and tender bruises…
Now imagine reading 600 comments from strangers, many of whom are only too keen to point out those exact ‘flaws’; the things you’d rather no one noticed. They’ll say you need to lose weight, they’ll call you stupid, call you annoying, call you ‘Miss Piggy’ and ‘fatty’ and claim that, it’s clear your sister ‘got all the boys’, and point out any physical flaw they can find.
This has been my last hour. Our Dragons’ Den episode was uploaded onto YouTube by the BBC and apparently a lot of people have some very unkind things to say.

I wish I could say that this is a shock, but sadly it isn’t. We all know how this works: if you put yourself out there, you open yourself up to being ridiculed in the cruelest ways. You are fair game. After all, you’re on national TV: it is totally reasonable for every part of you to be pulled apart, judged and found lacking. That’s just how it works. A quick look through some other episodes shows a distinct lack of kindness to any other woman foolish enough to be visible, and it’s the same people posting every time. This is just a pastime of theirs. They clearly take pleasure in bringing women down, in making sure they know their place, just like I now know mine. They don’t want to sleep with me, so what value could I possibly have?

And I wish I didn’t care. I do. I wish I could brush it off and not take it personally. After all, not one of them knows either of us. They don’t know how hard we have worked to bring Halto to market. When they say that I am ‘embarrassing’ because ‘the brunette is clearly dragging me along’, they don’t know that actually it is our combined skill set and mutual support that made it possible for us to achieve what we have achieved. Far from being pitted against each other, we have a deep respect for our respective skillsets and are immensely proud of each other. Unbelievably, a man’s opinion on whether he would like to sleep with us has had no bearing whatsoever on our accomplishments to date.

But I do care, and it hurts to read these things about myself. I care because society has taught me that the way I look and how I present myself is important. That if I wear the wrong clothes, if I am too curvy, too skinny, have imperfect teeth, boobs that are too small or too big, then I am worthless. As women, our ideas are only valid if other people validate them for us – even if that is a random guy on the internet who has never needed to know what a halter neck is. And I am so sick of it. My worth isn’t in any of those things. Not a single one.

We didn’t go on Dragons Den for vanity; because we thought we looked good and wanted approval. At no point did we sit down and question if we were going to be pleasing to men. We are businesswomen with a product for WOMEN. We wanted to get the message out to WOMEN about Halto, not to have men make smutty jokes about our bra sizes. Whether or not my figure pleases the eye has no bearing on how effective our product is or how successful the business will be. We went on because we had worked hard to create something that we wanted to publicise. Dragons’ Den was a way of telling people about Halto and that is it. None of the people saying vile things have done it. None of them have taken that risk. We did exactly what we set out to do. We worked hard, brought a product to market, got onto national TV, won awards and even became the faces of NatWest for a summer.

But these criticisms still hurt. They hurt because I know that as a woman I am judged for how I look. My value is perceived every day through the male gaze and how pleasing I am to them. And it hurts because this is the stuff we deal with every single day, and over the years I have internalised it, as so many other women have, as a constant nagging fear of being found out. So having every flaw in my physical appearance pointed out cuts deeply. And I am so aware that there are women across the world who are dealing with this every day. People like Greta Thunberg; criticised and threatened because as a young woman she should be smiling and quiet, not disrupting the status quo by trying to change the world for the better. It’s 2020 for goodness’ sake. Our worth isn’t in how we look, but in our resilience, kindness, compassion, empathy and complexity as women. It’s in having the courage of our convictions, standing up for what we believe in. It’s in our strength of character and our determination to succeed in whatever we want to do. And I am determined to succeed, on my own terms, with my own definition of success – and to hell with anyone that wants to try and undermine that by using my own worst fears against me.

Previous story Back to blog